Thought that if you are reading this blog, you'll enjoy my tribute to Theodore Bikel for Jewish Week.

Back with some actual music reviews shortly!


Posted by GEORGE ROBINSON at 1:39 PM No comments:

When I said that one of the reasons for my summer off was that I am working on a book, I wasn't kidding. I'm doing a revised edition of Essential Judaism which, after 15 years, could use some updating. I only mention this because it explains the comparative silence of the past week or so, as I finished up one phase of the revisions before moving on to writing the new chapter(s).

That said, I've been swamped by news and I want to pass along a bunch of it. Some of these items we will return to in the near future, especially new CDs that I promise to write about. But everything below is worth your attention.

Jenny Scheinman has long since moved past the "Jewish music" label, if such a thing can be said to exist. She has also taken on a rather ambivalent stance vis-a-vis being a jazz artist, since her last album was original songs that placed her closer to the singer-songwriter thing. That said, she's going to be appearing at one of the most classic and hallowed of jazz halls. Scheinman will be playing the Village Vanguard July 21-26 with her new band, which features Myra Melford on piano, Doug Wieselman on reeds and Rudy Royston on drums. Scheinman will, of course, be playing her fiddle and, I expect, singing a bit too. The Vanguard is (still) located at 78 7th Avenue South in the Village (duh); the phone number is (212) 255-4037. 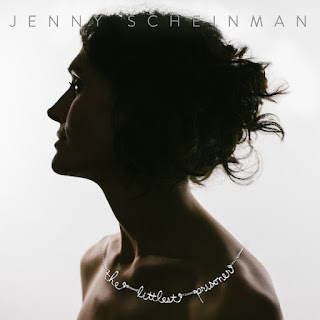 Here are a bunch of upcoming CDs I'm planning on writing about shortly: 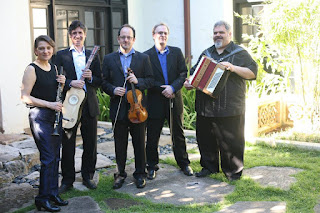 Romashka on the Roof
And a couple of promising gigs for local faves: Romashka, featuring Inna Barmash and Ljova, will be playing on the roof of the JCC in Manhattan (Amsterdam and 76th St.) Thursday, July 23 at 7 p.m., and Jordan Hirsch and his All-Star Yiddish Jazz Ensemble (featuring Pete Sokolow) will be performing at the Museum at Eldridge Street (12 Eldridge St.) Wednesday, August 5 at 7 p.m.

In a somewhat different but not unrelated vein, the Film Society of Lincoln Center is presenting their annual summer extravaganza of music-related film and video, "Sound + Vision" July 29-August 6. The opening night film is a loving profile of rock hitmaker Danny Fields, Danny Says, by Bryan Toller, well worth your time.

Finally, let me direct your attention to Tablet Magazine, the always interesting Jewish culture and politics and food and fashion and more on-line magazine (oh, how I wish that rhymed!), where a recent piece by Joseph Winkler offers a glimpse into the daily life of "ex-Ultra-Orthodox" singer, songwriter and overall sensation Lipa Schmeltzer. I did a piece on Schmeltzer myself several months ago, and found him utterly fascinating. Winkler had a significant amount of face-to-face with him, and the result is well worth a look.

Have a peaceful shabbes! Normal service -- whatever that might be -- will resume next week. I hope.

Posted by GEORGE ROBINSON at 7:14 PM No comments:

I thought they were teaching me English . . . .

Old joke, right? Well, I thought people who read this blog would a) know the shtick; and b) enjoy this column of mine from Jewish Week, which is what brought it to mind in the first place.


Posted by GEORGE ROBINSON at 2:35 AM No comments: 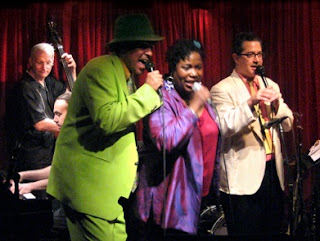 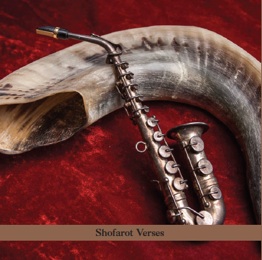 Posted by GEORGE ROBINSON at 9:11 AM No comments:

(Bossa) Nova on a Bagel

When I think of Brazilian music the first word that pops into my head is “silky.” I know that this is hardly the word that characterizes tropicalia, or Brazilian hip-hop or forro, so maybe I’m dating myself. As Steve and Eydie would say, blame it on the bossa nova.

You are undoubtedly asking yourself, “What does this have to do with Jewish music, purportedly the subject of this blog?”

To answer that question simply, the new CD “Raízes/Roots” by the Brazilian-Jewish singer Nicole Borger (billed by her first name only), is a collection of Yiddish classics re-imagined in a variety of Brazilian forms, and Nicole’s smoky alto is, well, silky. The album, released on the Soundbrush label, is an easy-to-take confection that turns

“Abi Gezunt” into a bossa nova, “Com Saúde” and “Bulbes” into a funky “Batatas.” The band is first-rate, with such familiar downtowners as Cyro Baptista and Brandon Seabrook, and a lit of guests that will seem even more familiar: Frank London (who produced and arranged the set), Lorin Sklamberg, Michael Winograd, Jake Shulman-Ment and others.

Nicole herself is a laid-back contemporary version of Gal Costa, perhaps, with an easy loping swing and a nicely judged sense of humor. Her duet with Sklamberg on “Nova Dança” (“Der Nayer Sher” to you), is downright giddy and an excellent close to a very pleasant set.

Sadly, due to the vagaries of the U.S. mail, I was unable to post this before the CD launch gig last weekend, but you can get the album and hope that Nicole makes it back to NYC very soon.

Posted by GEORGE ROBINSON at 10:20 AM No comments:

Sort of Off-Topic, But Great News

No doubt you have read by now about the Supreme Court's decision in the Obergfell case, making same-sex marriage legal in all 50 states. Is there a Jewish slant on this issue? Or as my grandma would have said, "But is it good for the Jews?" 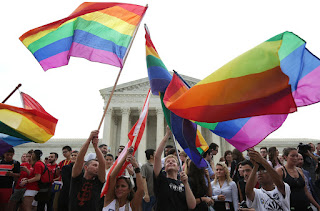 
Aw, heck, I know that this is just another case of what the Irish call "the committed preaching to the converted." They make pretty good music, too.

May you have a joyous post-SCOTUS shabbat. Regular service on this train will resume Sunday.

Posted by GEORGE ROBINSON at 4:49 PM No comments:

What Rude Beast Lurches Towards South Street to Be Rocking the Piers?

Actually, as beasts go, the band Golem is pretty well-mannered. And musically, at least, they skip and strut more than they lurch. But it is towards the South Street Seaport that they are propelled for a gig this weekend. Saturday evening, June 27, Golem will be playing at Fulton and Water Streets as part of  a deliciously global gumbo of music that will run from 5 to 9 p.m. Also appearing Los Crema Paraiso, a power trio from Caracas, Venezuela, who put a psychedelic spin on everything they touch, and Benyoro, a Malian band that mixes traditional and modern moods.


Which is, of course, what Golem has always done, and continues to do. They emerged from hibernation last year with a new album, a modified line-up and new energy. They overcame the death of their record label (JDub, R.I.P.) and bounced back good as new. (For an interview I did with band leader Annette Ezekiel Kogan when Tanz, their most recent album, was released, go here.) The Saturday gig looks like a really clever blend of disparate global sounds, and Golem were always a powerhouse live act, so it's worth a trip downtown (if you're in town).

Posted by GEORGE ROBINSON at 9:56 AM No comments: